Join us in the parlour of Roedde House Museum on October 29th a screening of the German silent horror film, The Cabinet of Dr. Caligari.

“The Cabinet of Dr. Caligari” (1920) is the most well-known film of German director Robert Wiene. The film is a strange murder mystery considered by some film critics to be the first true horror movie. The film is considered the quintessential German Expressionist film, with its strange lighting effects and dark, twisted visual style. 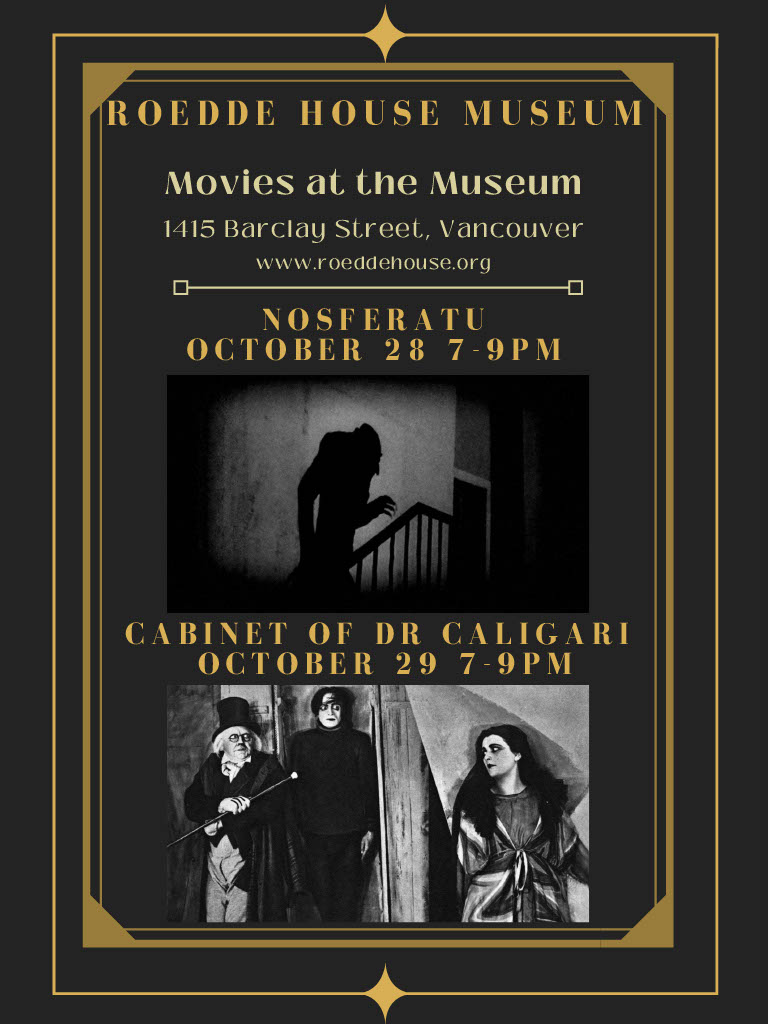